The Difference Between DSL, ADSL and VDSL Internet

What’s the difference between DSL, ADSL, VDSL? How does DSL work? We answer these questions and more.

DSL stands for ‘digital subscriber line’. As the name suggests, this is the line over which a service provider renders digital services to a customer or subscriber, the subscriber in question being you and the service provider being your ISP. A/VDSL connections into the home use your telephone line to deliver an internet connection.

ADSL and VDSL stand for ‘Asymmetrical Digital Subscriber Line’ and ‘Very-High-Bit-Rate Digital Subscriber Line’ respectively. As you may have guessed, VDSL is faster than ADSL, but both represent newer and more proficient technologies used in the transmitting of data across your copper telephone line. In 2020, you will want to look for hardware that supports VDSL2 when making your purchases, which supports throughput of up to 100Mbps.

If you have a fibre connection into the home (FTTP or Fibre to the Premises), then your maximum speeds should be much faster than DSL. This is down to the physics of fibre optic lines and their advantages compared to copper; any length of copper in the chain from exchange-to-premises will always act as a bottleneck for your speeds.

DSL works by transmitting data via electrons through a copper cable. Copper is the most conductive metal in the world, which makes it the most efficient material for sending signals through with minimal signal loss. Fibre optic cables, however, transmit data as flashes of light. By virtue of using light rather than electricity, fibre optic connections are obviously much faster (close to, but not quite reaching, the speed of light given that these flashes end up bouncing repeatedly off of the inside of the cable, rather than travelling directly down the eye of the cable unimpeded). Not only is this faster, but there’s also less potential for signal loss. A less compromised signal reaching its endpoint sooner results in much greater throughput for fibre optic lines vs copper.

If you’re concerned about your internet connection speeds because you’re stuck with a DSL connection, don’t worry too much. Depending on your distance from the cabinet and the cabinet’s distance from your local exchange, your speeds could be faster or slower. This is because most Internet Exchange Points (IXPs) transport data by fibre cable all the way to the green cabinet somewhere close to your home. These green cabinets on the curbside should be familiar to you and, if you have a DSL connection, it is from this cabinet that the copper telephone line runs to your home.

Therefore, the amount of copper being used in the infrastructure connecting you to the internet is minimised, but enough of it is being used to act as a bottleneck in the network. Data will travel at superfast speeds into the cabinet but will slow down significantly on its way from there to your home. Once in the home, any further slowdown will be caused by poor quality network devices.

If your home is situated close to a cabinet, then your data transfer will be taking place through a shorter length of copper than if you’re far away. This means (slightly unfairly) that homes closer to the cabinet will usually have greater internet speeds than those far from it, even if they’re on the same plan with the same ISP.

To a lesser degree, your speeds will also begin to drop off the further your home is situated from an IXP. However, since data traverse these distances through fibre optic cable, which is far more efficient, this will be far less noticeable.

If you’re struggling with sub-par speeds, first make sure that you’re on the right plan and with the right provider. If you’re only paying for 50Mbps, or this is the maximum your current provider offers, it will be worth shopping around and seeing if there’s anything faster on offer.

If you’re happy that the speeds you’re paying for are not materialising in reality, call your ISP. Your ‘sync speed’ is the speed at which data can be transferred from the exchange to your router and your ISP should be able to measure and tell you this. If your sync speed is below the speeds you’re paying for, your ISP should offer you money off of your bill until they fix the problem.

If fibre providers like Virgin Media and Hyperoptic do not offer their services in your area yet, then you will likely have a DSL internet connection. This is important because A/VDSL connections require a router that supports these connection types.

If your sync speeds are high, but speeds on your devices are slow, then the answer lies in your networking hardware and there’s a bottleneck somewhere. Try plugging a device directly into your router with an ethernet cable and running a speed test that way. If speeds are still slow, then it’s your router (or ISP hub, if that’s what you’re using as a router) that’s the problem.

Draytek routers are some of the best on the market that widely support DSL and, as a Draytek distributor, NetXL is well placed to make suggestions. A quality DSL router like the Draytek Vigor 2862 or, for those on a tighter budget, the TP-Link Archer VR400 should solve these problems for you. Both offer VDSL2 support and, therefore, throughput of up to 100Mbps. Though this is an idealised figure and some drop-off should be expected, the better the router, the closer to this figure you should be able to get.

If your speeds are fast when plugged directly into your router, then there’s a problem with your wireless network. Look into purchasing better wireless access points or other means of extending your network, like powerline adaptors, without throttling speed. 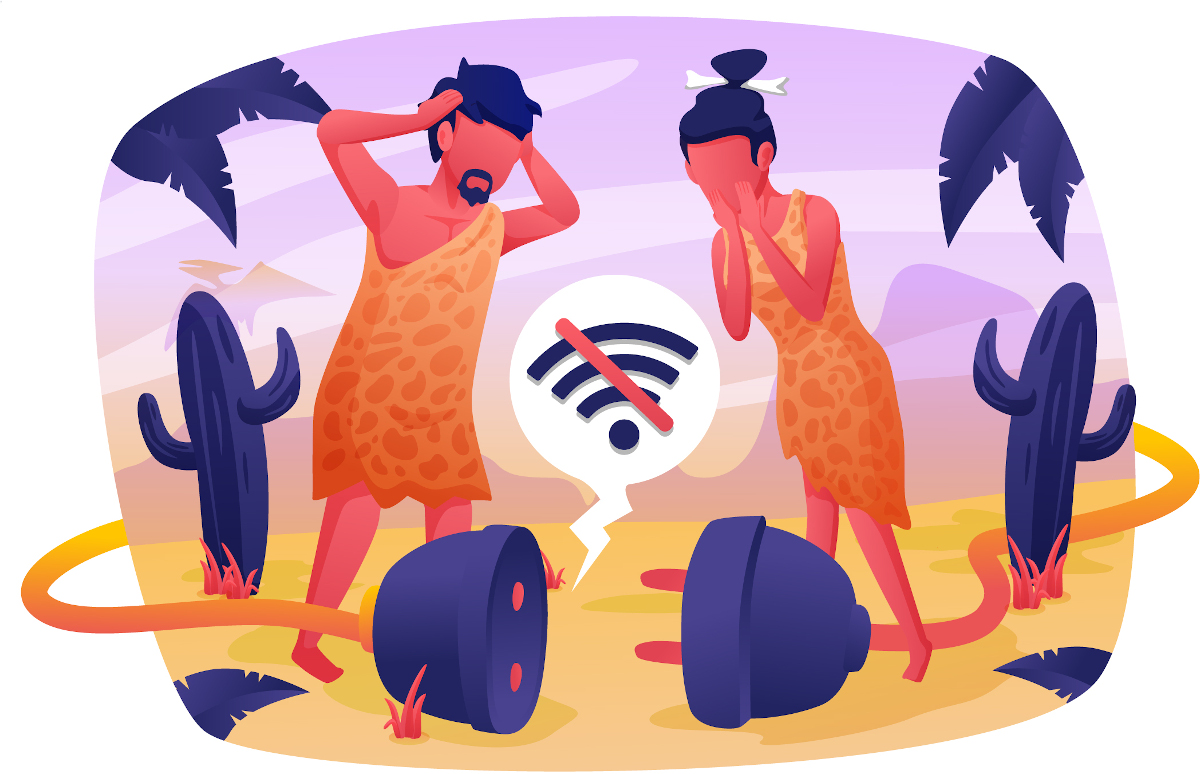