To correctly compare the performance of two antennas, you need to understand more than just antenna gain. Here's all you need to know about radiation patterns.

If you’re interested in purchasing an antenna, then you’re probably interested in comparing the performance of the various antennas you’re considering for purchase. The metric most people gravitate toward is antenna gain. Unfortunately, the ‘more gain equals better antenna’ approach is too simplistic and will rarely equate to real-world results. If you want to learn how to correctly identify the best antenna for your money, keep reading.

The measure of an antenna’s gain is essentially a measure of how concentrated a beam the antenna emits. Just like a flashlight, the more concentrated the beam, the further its range and the more precise you have to be in orienting it. Antenna gain is measured in dBi and given a simple numerical value. Since numbers lend themselves very well to comparison (which value is greater?), antenna gain is the metric of performance most laypeople latch onto. 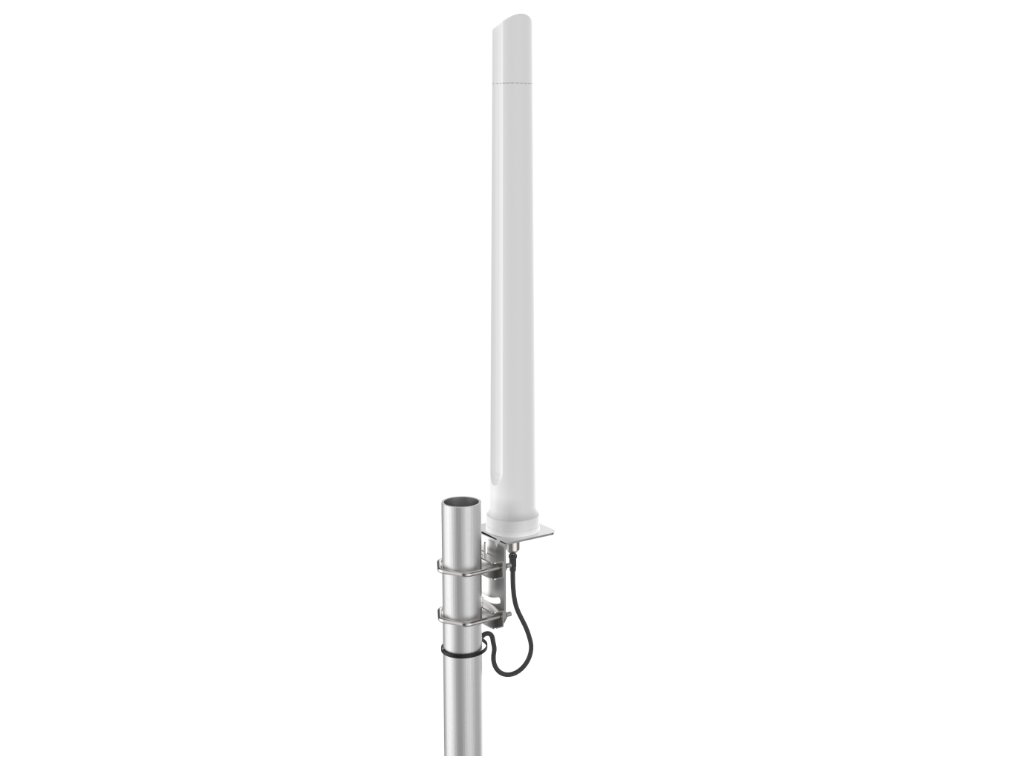 In reality, all antennas operate across a range, or band, of frequencies and, according to their design, radiate RF energy in a particular pattern. An antenna’s peak gain will vary across the range of frequencies the antenna operates on and acts only to focus the energy radiating from the antenna, crucially, according to its radiation pattern. In other words, a poor radiation pattern will be exacerbated by high gain!

This leads to a problem for those looking to buy antennas. Without understanding these finer points, it’s tempting to look only at the specified max gain of the antenna, without knowing how uniform the antenna’s radiation pattern is.

This problem is exacerbated by manufacturers that do not publish their radiation patterns. With such limited data available to the consumer, even those who understand the above points will be unable to make a truly informed decision. 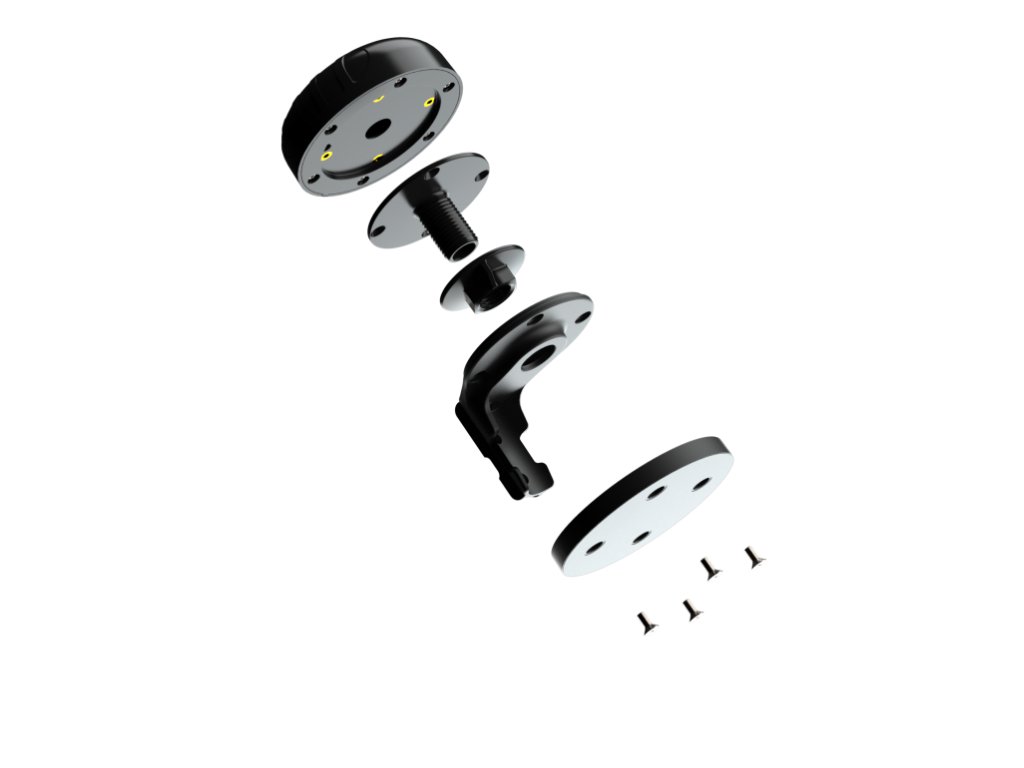 The radiation pattern of Poynting's Puck 2 is less uniform than that of the Omni 292, which is to be expected given its small size.

In stark contrast to the manufacturers alluded to above, South African antenna manufacturer Poynting are 100% transparent in publishing the performance data of their antennas. They publish radiation pattern diagrams and charts right within the datasheets for their products (which can be found right on the product page on NetXL, or through Poynting’s own website). What’s more, all published performance figures for their antennas have been achieved during Poynting’s own rigorous testing of their products (rather than theoretical maximums).

Radiation pattern diagrams are broken down by frequency band and plane (to give a frame of reference for how you’d be viewing the antenna).

If an antenna services three primary frequency bands, there will be three radiation pattern diagrams for each of the two planes.

There are two planes shown in radiation pattern diagrams, named Azimuth and Elevation.

The azimuth plane is the top-down view of the antenna.

The elevation plane is the side-on view of the antenna.

In the below image Fig 0.1, the first three (reading left to right, top to bottom) images are of the azimuth (top-down) view of the antenna. Each image shows the antenna’s radiation pattern for one particular range of frequencies. 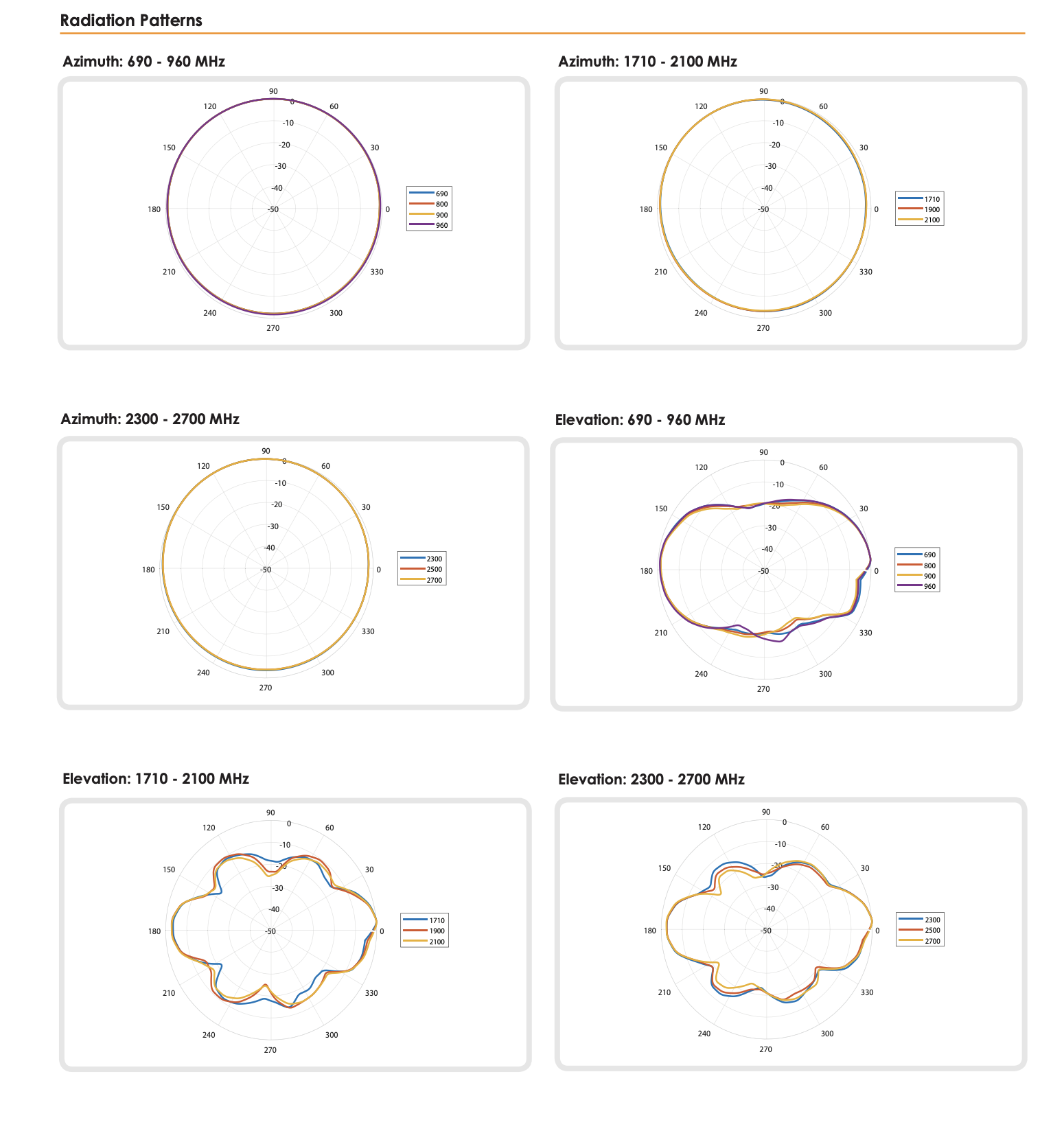 We can see from these three images that the radiation pattern of Poynting’s OMNI 292 antenna is almost perfectly uniform in 3D space across all of the frequencies, meaning a perfectly balanced beam is sent out in all directions from the antenna toward the horizon.

The next three images show the elevation (side-on) view of the antenna. These are shaped like little clouds, which might lead you to believe that these non-uniform shapes are less than ideal. This is not the case. The most efficient omnidirectional antennas will show a very flat profile at the top and bottom of the elevation view radiation pattern diagram. This is because there are very few cell mast signals coming from up in the sky or up from the ground; it doesn’t make sense to focus the RF energy in these directions. Instead, the majority of signals (even in dense urban areas with many obstructions) are coming at the antenna from the horizontal plane, perhaps at a slight upward or downward angle. These radiation patterns, therefore, are very ideal.

Smaller antennas, by virtue of having less material to work with and the physics of antenna design, will invariably perform less well than larger antennas. An omnidirectional antenna that’s small relative to the OMNI 292 is Poynting’s PUCK 2.

In the below image Fig 0.2, we see that the radiation pattern for the PUCK 2 in the azimuth plane is very uniform - just what we want to see. The biggest difference versus the Omni 292 is with the patterns in the elevation (side-on) plane. Whilst there is minimal wasted energy to the underside of the antenna, the radiation pattern balloons out towards the sky as well as towards the horizon. Though there might be some niche use-case where this is desirable, in the vast majority of instances this makes for a less efficient antenna. 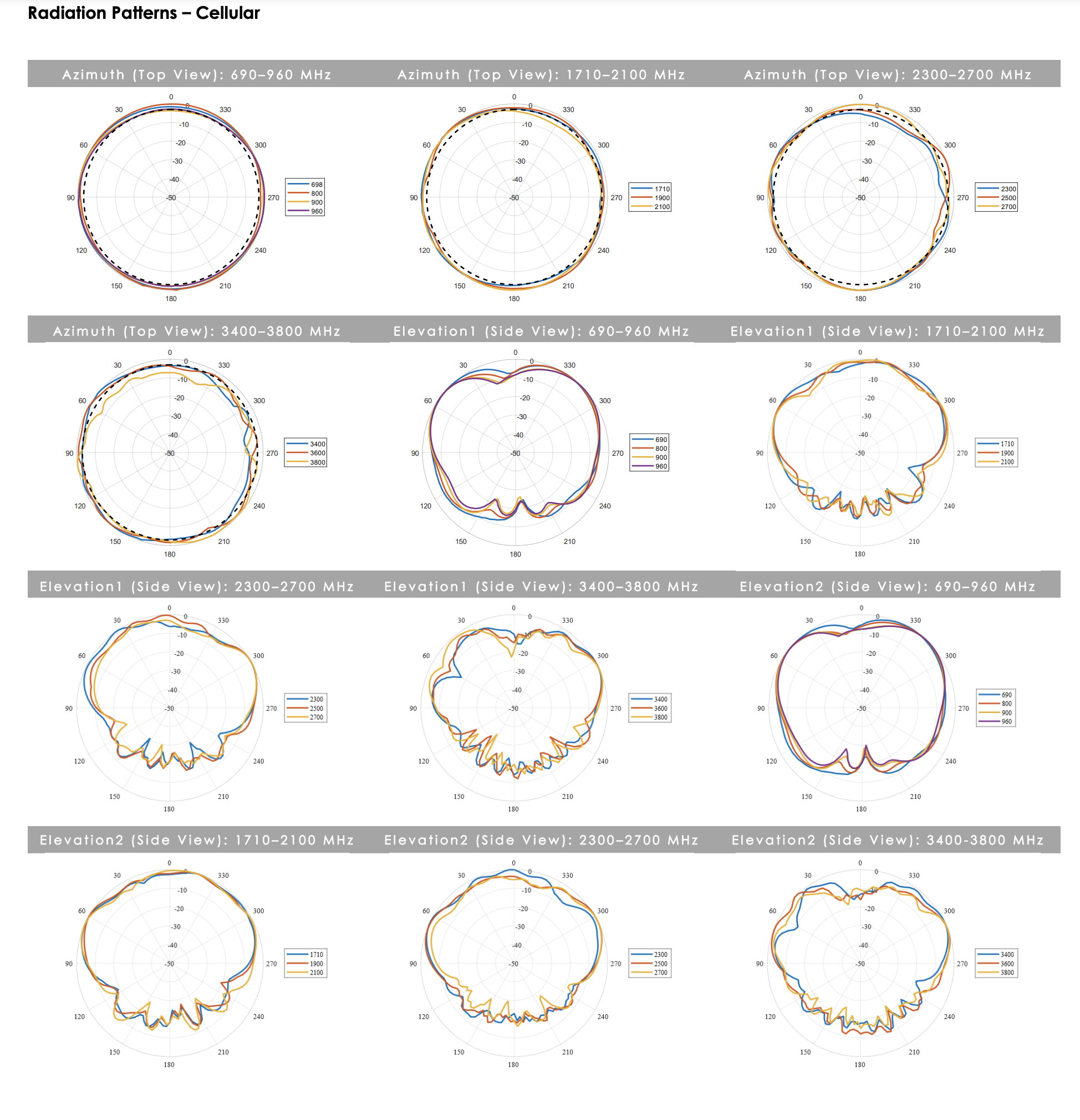 So, does this make the PUCK 2 a bad antenna? Of course, it’s not that simple. The PUCK 2, with its compact form-factor, is discreet and very capable for its size. It’s also more affordable than the OMNI 292 and is highly ruggedised, with IK10 impact resistance and IP69 weatherproofing, making it an excellent choice for a wide range of applications including canal boating, IoT and transportation.

Hopefully, this has helped to shed some light on why radiation patterns are just as important as antenna gain when it comes to deciding on the best antenna for you. If the manufacturer whose antennas you’re considering does not publish radiation patterns for their products, you might want to take this as a warning sign and go with a company that’s more transparent. Poynting is one such company and you’ll find no better prices for Poynting antennas than with NetXL.

NetXL offers discount pricing for bulk orders, next day shipping for all orders placed until 7 pm and special terms for customers with an active Trade Account. If you’re a prospective or existing customer who is active in the industry, don’t hesitate to get in touch to discuss your eligibility for a trade account with us.