All about bluetooth ceiling speakers: how they work, how to install them and what you need to be sure of before installing a pair in your bathroom.

How Do Bluetooth Ceiling Speakers Work?

The Physics of a Loudspeaker

The physics of a Bluetooth speaker are the same as for any other loudspeaker. Firstly, a metal coil (known as the ‘voice coil’) is attached to a flexible cone. This coil has a current passed through it, creating an electromagnet. This electromagnet interacts with a permanent, or ‘natural’, magnet on the back of the speaker’s fixed housing, repelling and attracting it. This process of repelling and attracting causes the flexible cone to oscillate back and forth, which pushes air. The sensitive, subtle movements of the cone push air in such a way as perfectly recreates the audio that was initially recorded into the impossibly detailed electric signal being passed through the voice coil as current. 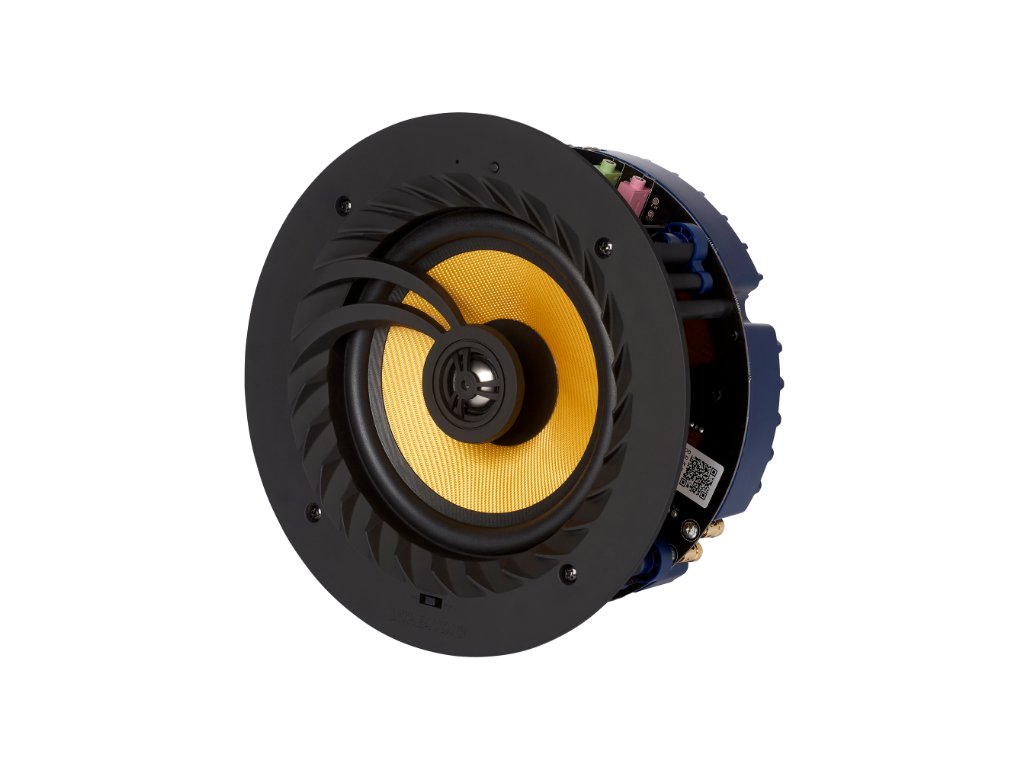 The Kevlar cone of this Bluetooth speaker is driven by oscillations caused by the interaction of its permanent and electromagnets.

An amplifier is often necessary to take the low voltage electrical signal and boost it enough for it to be able to power the speaker. Since amplifiers do a different job to the speaker itself, they often exist as separate units. Some models though, like Lithe Audio’s Bluetooth ceiling speakers, will have an amplifier built into the unit, saving consumers the cost of purchasing a separate amp.

Bluetooth ceiling speakers are wirelessly controlled, typically, by an internet-connected device like a smartphone. The smartphone will send the content to be played over the speaker to the Bluetooth chip in the speaker. This is sent as RF energy (or radiofrequency energy) from the antenna in your phone to the antenna on your Bluetooth chip. The Bluetooth chip antenna acts as a receiver, receiving this RF energy and converting it into an electrical signal. This electrical signal is amplified and the current is then passed through the voice coil of the speaker. This is what causes the oscillations of the speaker’s cone, which produce sound waves. 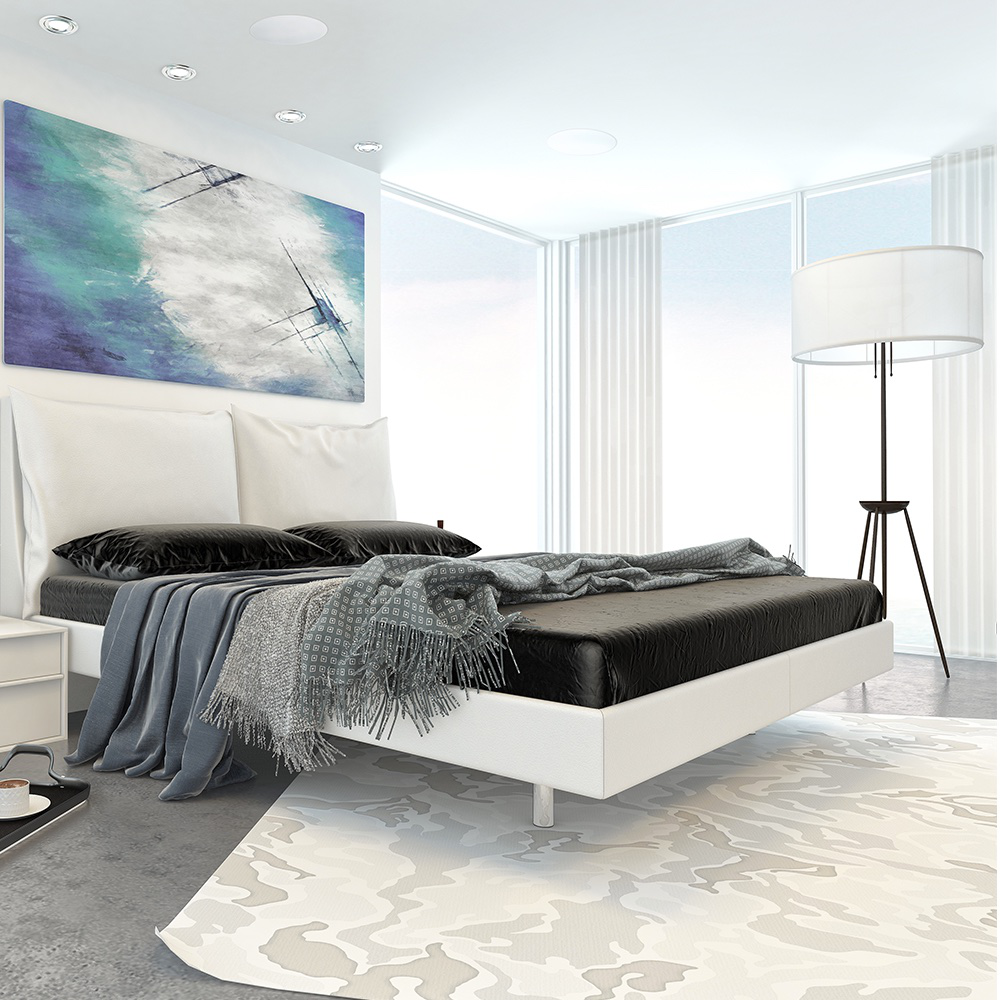 Bluetooth speakers like those by Lithe Audio artistically blend in with your home or office decor.

Modern devices with a low latency Bluetooth chip like the Qualcomm Apt-X chip found in Lithe Audio Bluetooth speakers can even be used to stream content in real-time with little to no delay between. This means saying goodbye to the lag you typically get between seeing the video stream of your favourite TV show and hearing the associated audio through your Bluetooth speaker.

How To Install Bluetooth Ceiling Speakers

Methods for installing a Bluetooth speaker will vary based on the design of the speaker itself. For example, if you have to link the speaker with an external amplifier, then you will have to install it in a way that accounts for routing the wiring between the speaker and the amplifier.

Lithe Audio ceiling speakers have the amplifier built into the unit. You’ll just need to power it and install it.

Installing Lithe Audio ceiling speakers is a simple, four-step process. Easy to retrofit where necessary, the speakers can be powered with the supplied power cable via a mains outlet or, if no such outlet is available, can be wired directly into the lighting circuit via a fused spur by someone with the appropriate experience.

Bluetooth ceiling speakers can be installed almost anywhere, but if you want to install speakers in a room with high humidity like a bathroom or indoor swimming pool, you’ll need an IP-rated speaker to protect the product’s internals from the moisture in the air. An IP44 rating should be enough since the speakers will be situated far from where any direct splashes can reach them.  They’ll pay a small premium for the added protection, but businesses will be able to have wireless Bluetooth ceiling speakers fitted in the restaurant kitchen for a boost in staff morale, in a health spa massage room for customer-controlled ambience, or in every hotel room for guests to enjoy as a surprise premium-perk at check-in.

Bluetooth ceiling speakers can be a great addition to homes and to businesses where it’s preferable that the customer or client has control over audio playback. Easy to install and even to retrofit, Lithe Audio Bluetooth ceiling speakers provide superb sound quality at excellent prices and come highly recommended. With IP44 rated units also available to bathrooms and other humid areas like restaurant kitchens, leisure centre swimming pools and spas, Lithe Audio ceiling speakers make for a seamless and enjoyable audio experience no matter what the application.