What Is MIMO? How Does MIMO Work?

What Is MIMO (multi input, multi output) technology? How Does MIMO Work? What’s the difference between MIMO and SISO? We answer these questions and more.

Home
Blog
networking
What Is MIMO? How Does MIMO Work?

MIMO stands for ‘Multiple-Input Multiple-Output’ and refers to the practice of housing two or more antennas within a single wireless device. Having multiple antennas with which to receive and transmit data simultaneously, the device becomes capable of achieving faster data transfer rates than otherwise.

In modernity, speed of data transmission is essential to any commercially successful network device, so MIMO technology has been commonplace in network devices since MIMO was adopted into the WiFi 4 standard.

How Does MIMO Work?

But how do more antennas result in greater speeds?

When an antenna is subjected to electromagnetic waves (RF energy, in this case), a current is induced in the metal (a result of one of the basic properties of all metals that makes them good conductors: the electrons in the atoms’ outer shells are delocalised and free to move). Due to the sinusoidal (waving) movement of the wave passing across the length of the antenna, the current oscillates as electrons pass from one end of the antenna to the other.

This movement of electrons is interpreted by computer processor chips in the wireless device itself as an electrical signal which can then be passed onto other processors to produce an end result, be it audiovisual (watching video, for example) or anything else. This is possible because the electrical signal carries one of two values: positive or negative. These map simply to binary: a stream of 0s and 1s known as bits. These are then fed into and decoded by a processor to produce instructions to run various scripts and other actions, producing various results. For example, the colours of the pixels on your computer screen mapping in such a way as to produce dark shapes which, when combined and interpreted by the human brain when seen, correspond to the words you’re reading now.

Getting to the point, then, with multiple antennas a single device, be it a Poynting MIMO-3-V2-15 or a Ubiquiti UniFi Dream Machine, can aggregate the signals being received from each of the antennas and process them together to remove noise (interference), resulting in a cleaner end signal. This is a great advantage because RF energy bounces off of walls, ceilings and other obstacles resulting in a broken signal coming to the receiver from every angle, causing interference. In order to interpret this noisy signal, time-consuming processing needs to take place to adjust for errors.

Modern wireless devices have very fast processing chips and multiple antennas. Although the processor has to deal with more data (multiple signals instead of one), the aggregation process and subsequent processing of the resulting signal is less time consuming than de-noising a single, noisier signal.

This technology is used in everything from LTE (4G/5G) antennas in the marine industry to high-end wireless access points in your home or business’ WiFi network. When it comes to Wi-Fi, the technology has actually been incorporated into its own standard, called 802.11n, or WiFi 4, representing a recognised and permanent improvement to the way wireless network devices are designed and manufactured.

The 802.11n wireless standard introduced by the IEEE in 2009 standardised support for MIMO technology in Wi-Fi applications.

All products listed as supporting the 802.11n wireless standard make use of MIMO technology and it is to MIMO that products meeting the 802.11n owe their ability to transmit at faster data rates.

802.11n has since been joined by the newer 802.11ac standard, with a first version being introduced in 2013 and a revision in 2016 specifying incorporation of MU-MIMO technology.

MU-MIMO stands for “Multi-User Multiple Input Multiple Output”. The main difference between MU-MIMO and MIMO technology is that hardware with support for MU-MIMO can receive and transmit data with multiple end-clients simultaneously. This means that a wireless access point on your network with support for MU-MIMO technology can receive and transmit data from and to multiple devices at the same time. As a Ubiquiti distributor, we can say with confidence that most Ubiquiti access points fully support 802.11ac (MU-MIMO technology). In modern-day wireless networks where multiple devices are communicating wirelessly at all time, MU-MIMO technology is essential.

SISO stands for ‘single input single output’ and, as the name implies, SISO products have only a single antenna by which to receive and transmit data. In contrast to MIMO technology, SISO wireless devices do not support the 802.11n standard and, inherently, can handle lower rates of data transfer.

If you’re looking to buy an antenna and are wondering why some are listed as SISO and some as MIMO, it’s because the name ‘antenna’ is used differently in product marketing than it is in physics. As a consumer, you’ll be interested in buying an ‘antenna’ or, in other words, a single product that can receive and transmit radio waves. When it comes to the physics of how this device works, the device will actually house two or more antennas (if MIMO) or just a single antenna (if SISO).

In summary, MIMO refers to the incorporation of multiple antennas into a single wireless device for the end purpose of increasing data transfer rates. This is achieved by aggregating signals from each of its antennas to clean up a noisy signal, leading to faster signal processing and faster data transmission overall. 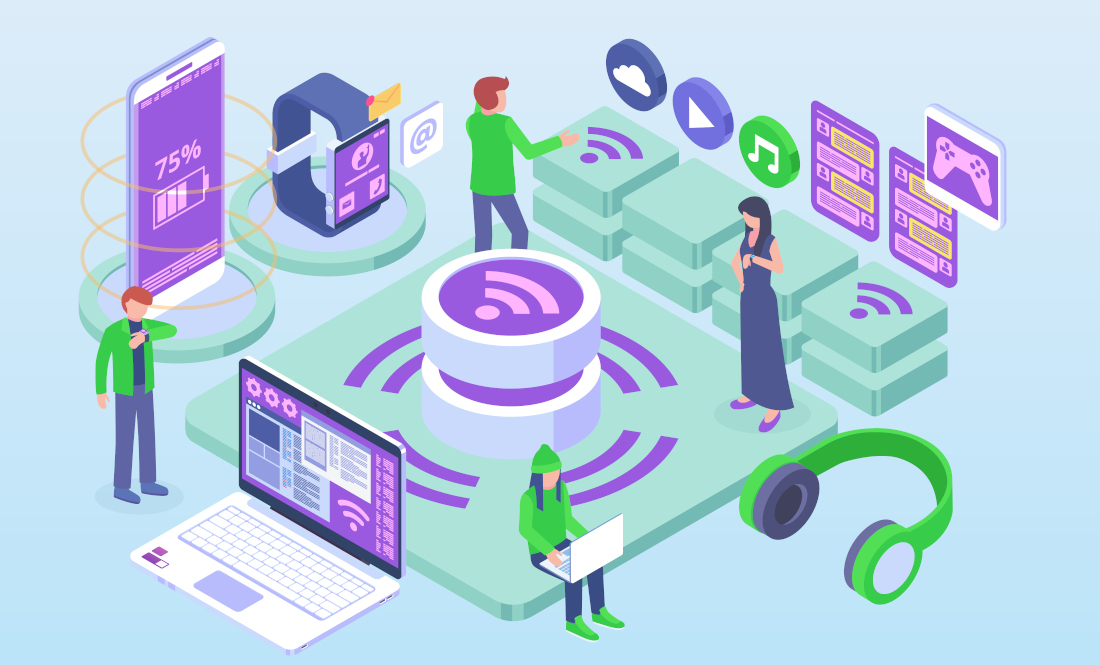